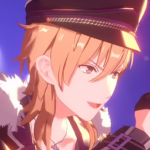 welcome to my talkpage

here's my signature: Tomtord 5ever

feel free to leave a message after the beep.

Hey Ami, I have 2 questions about FNAF:

1. Are there really 2 more animatronics besides Freddy,Bonnie,Foxy and Chica?

Oh and Ami, do you believe that Foxy is nice? Cuz my friend says that.

the tournament has began, I shuffled seeds and youre going against ForkOnTheLeft (ForkOnTheLeft135) in the first round, which only has 1 battle and that's yours

it is asked for you to battle your opponent on Pk showdown until next Saturday morning, so that gives you enough time to battle them

don't forget to save the battle's replay, you won't need to if i'm watching the battle live since I'll do it myself. you two can plan the battle through this wiki's chat, or you can message eachother, etc, anything as long as you do the battle :b

Thank you!! It's fair, i forgot to wish you happy birthday too xD

oh hey, thanks for deleting my content, i wasn't able to do it because i'm a chat mod only.

btw, i apologize for those stupid comments and edits.

can you draw Chocolina Chocoberry? In return, I'll draw Glitchy!

Otherwise, I think Mr. Moore could expand the worlds more, mostly Sugar Rush, Like add a drifting course to Sugar Rush, or something to unlock in the sequel Astrofan1 (talk) 02:09, January 4, 2016 (UTC)

Hello again, been a while. I'm guessing you heard WIR 2 is confirmed. Here's the article http://www.cartoonbrew.com/disney/disney-officially-announces-wreck-ralph-sequel-141141.html Astrofan1 (talk) 05:30, July 7, 2016 (UTC)

I have multiple ideas at the moment, however this would be the largest of my stories. This is only the underline plot. Each technology mentioned (3-4 so far, Robotics, Cybernetics, and Genetic mutation (think Spider-Man or Captain America) and overall Aftermath) , I was thinking maybe 2-3 stories to fully flesh out each technology's rise and fall. The biggest concern was making sure the plot made sense since all of the stated technology are in the making at this time.

The Plot/Story: Throughout the ages, humanity relied on itself for resources from harvesting and gathering food to creating pure water. However with work, came innovation. Every generation has created an invention that shifted their societies for better or worse. With every generation fading away, comes the fear of innovation dominating mankind. When humanity wanted to shield itself from further destruction, the only reliable solution was to trust in their own innovations. The first innovation was to use human-like robots to keep the balance of mankind in order. Though its success was short-lived, it made mankind realize that machines are not going to sustain mankind by itself. The second innovation required personal sacrifice in order to work.  All who were willing were turned into mechanically enhanced humans providing the perfect blend of mankind and innovation. This blend brought trust in machines back to humanity. Despite being a humongous success, volunteers dwindled with each passing year to where no one was willing to give their life. With no one willing to protect humanity, all hope seemed lose. This led to humanity creating its own human. Out of desperation, humanity uses its infants to create the perfect soldier. Giving each child intense training throughout their lives, humanity calls them to hunt every hidden mechanically enhanced human as their first mission. With these "child soldiers" practically everywhere, humanity fell into fear of losing itself to its own creation again. Out of fear humanity kills every child in sight, uncertain of which one is the "child soldier". This causes humanity to become more strict with security, creating technology that can detect genetically modified DNA without killing innocent lives. From there, the world becomes a highly secured corridor. Anyone that is not 100% human,  is not allowed in any sector of society without being seen as a criminal.

And i wasn't aware of it till Citrusellaeditswiki nicely reverted the change he did to one of my OC's page. The guy tried to take TreatTricker away from me by cropping her name out from the first picture that appears when you look at TreatTricker's page. The user that did the cropping is http://wreckitralph-fanon.wikia.com/wiki/User:Fredericko007

I'm sure this is probably already known over here given his block history, but he has a history of doing this across multiple accounts and wikis. Along with uploading copious amounts of traces of others' work as new files (some of which is still in his uploads here) and uploading others' art directly without permission. He seems to have a track record of ignoring rules and policies of half a dozen wikis (unspoken as well as directly listed, sometimes with the rationale that he can break the rules because he's an artist), even after warnings. - Citrusellaeditswikis (talk) 07:51, October 18, 2015 (UTC)

hi! my friend had an old OC that was on here, but she wanted it removed and wasn't allowed to create an account. i removed the information from the page and titled it (removed). i was wondering if you could remove the page from the wikia fully? here's a link to the page. thanks!

Hi, this is WikiaIvan1997. Please, block Garette39 indefinitely, he's been making spam articles on the Fairly Odd Fanon wiki, which is where I work, by lazily inserting information from other characters and poorly drawn recolors, and the admins don't do anything about it there, since they've been mostly inactive. Thank you.

Retrieved from "https://wreckitralph-fanon.fandom.com/wiki/User_talk:Ami670?oldid=71205"
Community content is available under CC-BY-SA unless otherwise noted.